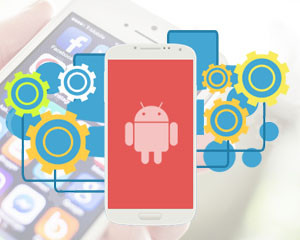 Android platform has become the most preferred choice for powering apps with the phenomenal popularity of the base among millions of users all over the globe. Developers find android the most convenient platform to develop unique as well as exceptional kind of development platform for creating quick and user-friendly apps for the global mobile users. If you are looking forward to developing a stunning and highly productive android app, here are a few suggestions that can help you take the right course.

To start with, the first step you need to take in the direction of developing an android app is to conduct a thorough research on the platform you wish to develop your app. Market studies show that Android is the one big competitor of the iOS with its market share more than iOS apps. People who are interested to become part of the largest base of users will prefer Android while iOS will suit the expectations of those who wish to generate money and make profits. It is found that the iOS users are actually spending four times more money on the apps when compared to the Android users. Till 2015, the global share of Android apps is estimated 81%.

Remember that most users wish to access the apps even when they enter ‘No network zone’. Therefore apps that permit offline access is increasingly capturing the hearts of the users. One good example to this is the offline Google Maps launched by the Google for its users. This is the right time to think of developing the offline version of your app and make use of the offline accessible plan to satisfy the overwhelming number of users out there.

With most existing apps dying out to the stiff competition out there, focus on how to make your app simple as well as effective so that it is able to come out successful and stand out unique. You need to ensure that the interface is user-friendly and attractive providing a surpassing user experience. Simple apps that work intuitively are the great ones. Customers are getting attracted to apps that enable easy access and convenient navigation. The best idea is to find a few tech savvy users and let them make use of your app to estimate its intuitiveness, quality of the action buttons and visibility of the text. Once you gather their inputs on these features, you can further improve the app accordingly.

The top feature that every user would expect from an app is localization. The app your create must be able to meet the needs and expectations of the users across the world in a versatile manner. The first task of internationalizing your app is the right course towards localization. For switching to the device’s default locale, the app must be able to specify the configuration language and also the default locale.

While you develop the app, the focus should be on the platform and not the specific devices as such. The numbers of android versions you find today are mind boggling. The research conducted by Open Signal shows that there are over 1,294 independent manufacturers developing a vast range of android devices numbering about 682,200 with over 38 percent of them made up by Samsung Handheld devices.

You need to put your app to continuous tests until it successfully meets the precise needs of the users. Further the testing must be extended to testing the app on the android platform and also on the myriad hardware the customers are expected to use today. Only the results of such reliable tests can prove you as to whether the app can turn profitable. When you hire android developers in India, understand that the emphasis you lay on the testing phase is crucial to the success of an app.

It is always good to follow the android design guidelines while creating a layout for an android app. This will render the job of creating, launching the app at app store very easy. This is one of the criteria that Google looks in the apps for promoting them. Let the developers go through the guidelines before creating the app to be able to successfully accomplish the app.